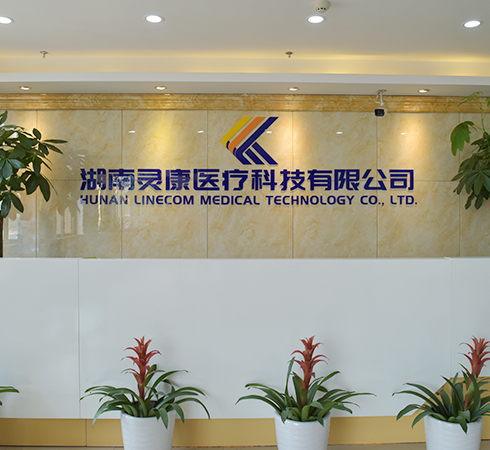 The company specializes in the core areas of anorectum, maternity, oncology, artificial intelligence and medical

big data research and development. It has a 10,000-level sterile workshop, and gathers a group of masters,

doctors and senior technical experts with professional skills and industry background in the field of medical treatment, and having form a complete network of R&D, production, marketing and service. With the joint efforts of all employees, the company has obtained three invention patents and three utility model patents for the "elastic

band ligation stapler", and become a specialized professional company with late-development advantages in the field of hemorrhoids ligation. EBL (elastic band ligation) is a model of perfect combination of traditional Chinese medicine theory and modern medicine. It is listed as the Key Recommend Products of Chinese Administration of Traditional Chinese Medicine and the Key Products of the 13th Five-Year Plan of Medical Devices in Hunan

Province. At the same time, Medical acts as the agent for the new generation intelligent hot ball endometrial

removal system Thermablate EAS of Idoman, an internationally renowned medical device manufacturer. The system is intelligent, safe and effective that can reduce the pain of women in hysterectomy.

In the future,  Medical will further take root in cutting-edge medicine. With the development of modern technology, we will firmly grasp the development trend of science and technology, realize the extension of big data value in the professional medical field, and provide better service for communication between doctors and patients. For the cause of human health, Medical will create a better future with the principles of concentration, ingenuity, growth and sharing.

1. The ligation ring is extremely tight with the inner diameter close to zero, and

tight ligation. Therefore, it avoids some shortcomings such as “a short-term escape of the

ligation ring after surgery that results in treatment failure; and uncompleted tissue necrosis

that leads to delayed healing of the ulcer surface”.
3. The is made of special polymer material, which has unique performance, can avoid a

series of inherent defects of the rubber ring, and can obviously improve the ligation effect.

4. The elastic band ligation (EBL) can be performed for "ligation at multilayer and at the same

horizontal plane or at misplaced multi-point". Each ligation ball tissue has a spread diameter

without foreign matter residue or scar. The overall effect of procedure for prolapsing

and tightening) to complete a point ligation, which lasts for 10-15 minutes.